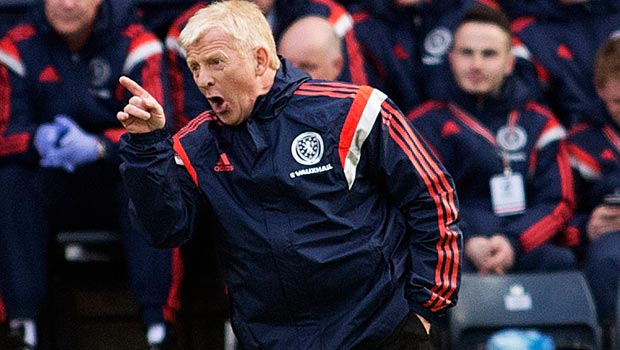 Scotland manager Gordon Strachan insists his side have prepared to face struggling Gibraltar in the same way they would for any other opponent.

The Scots begin Sunday’s Euro 2016 qualifier third in Group D, level on points with Germany and the Republic of Ireland and three points adrift of leaders Poland.

Gibraltar, meanwhile, prop up the group after losing each of their four matches so far without scoring a goal and conceding 21.

It leaves Scotland heavy favourites for the clash at Hampden, but Strachan is wary of complacency against a team ranked 177th in the world.

“I’ve seen enough of [Gibraltar] on the video analysis,” Strachan said. “That’s what we do with most sides.

“The same time has been spent on Gibraltar as with Germany or Republic of Ireland.”

The Scotland boss is calling for continued dominance against Gibraltar after watching his side outplay Northern Ireland to earn a 1-0 win in Wednesday’s friendly on home soil, courtesy of Christophe Berra’s late winner.

“What I liked about Wednesday was the way we started the game, I thought it was terrific,” Strachan added.

“We could’ve been a few goals ahead in half-an-hour. For a friendly game, the attitude of the players was great.”

“Up until now we’ve dealt with it very well and I expect us to do the same tomorrow.”

Scotland are priced at 1.67 to continue their push for Euro 2016 qualifier by beating Gibraltar with a -4.5 handicap.