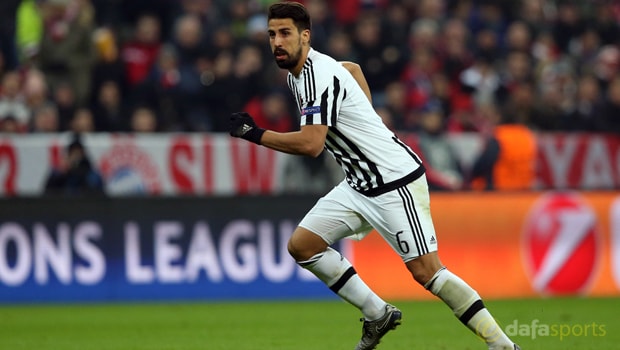 Sami Khedira says it is now time for Juventus to take the next step by winning the Champions League.

The Bianconeri have been the dominant force in Serie A in recent years, winning five straight Scudetto titles and look well on course for a record sixth this season.

However, their European exploits have provided less to write home about as, despite being the losing finalists in 2014-15, that is the only time they have made it past the last eight of the Champions League since 2003.

Juve, who are 13.00 to win the competition this term, have previously conquered Europe twice in their history, the last of those titles coming back in 1996.

Having already booked their place in the last 16 of this year’s tournament, they need to win at home against Dinamo Zagreb on Wednesday to guarantee top spot in Group H.

Massimiliano Allegri’s men are the 1.13 favourites to take the points, with the draw 8.00 while their Croatian opponents 26.00 to win, but Khedira is already looking well beyond the pool stages and instead towards the final on June 3.

The German lifted this trophy with Real Madrid back in 2014 and believes that the strength of their squad means it is now time for Juve to start justifying their potential in Europe.

“The Champions League? If I remember correctly, Juventus haven’t won it since 1996 so I’d say it’s time to win it,” Khedira told UEFA’s official website.

“That’s why I’m here, that’s why I signed for Juventus. I strongly believe that our squad can compete for the trophy, but we know that there are other very strong teams in the fight.

“We struggle and work every day for that dream of winning the Champions League.”