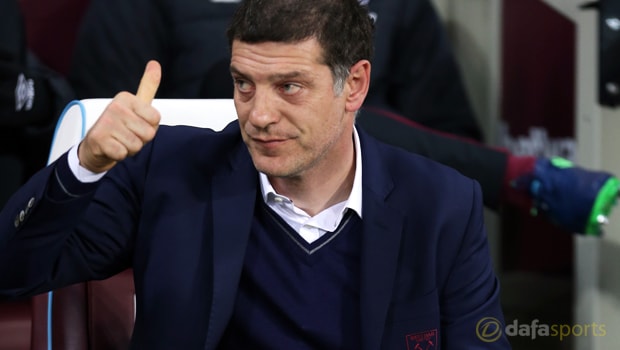 West Ham co-chairman David Sullivan insists that boss Slaven Bilic remains the man to drag the team out of their current plight.

The Croatian impressed as the Hammers finished seventh last term but his side have struggled to find their rhythm this time around, with their summer signings still to make an impact.

Bilic’s side have also failed to adapt to their new home, the London Stadium, and were again booed off by their supporters after being embarrassed 5-1 by Arsenal on Saturday.

A run of five games without a win has left the east Londoners 17th in the table and questions have started to be asked about 48-year-old Bilic’s future, with his team now 6.00 to be relegated.

Sunday sees West Ham’s tough run continue when they travel to Liverpool for a game they are 9.00 to win, with the draw 5.50 and the Reds 1.33.

However, having spoken to the coach on Monday, Sullivan has thrown his full support behind the former Besiktas boss.

“Slaven cares passionately about the football club and this [Arsenal] defeat will be hurting him as much as anyone,” Sullivan told the club’s official website.

“I have no doubts that he is doing everything he can to address the situation and everyone is working together to ensure we turn our season around.

“His passion, commitment and outstanding track record at the highest level were among the many reasons we appointed Slaven in the summer of 2015.

“Despite what some people have said, there is still a great spirit among the players and everyone is working towards the same objective.”