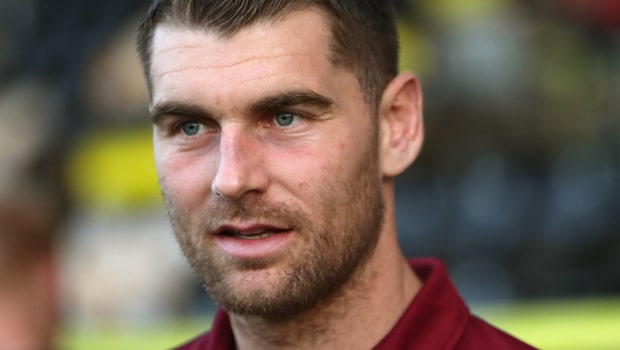 Sam Vokes says Wales can cope without Gareth Bale if the Real Madrid man is forced to sit out their games over the international break.

Wales take on Spain in a friendly on Thursday and then face the Republic of Ireland in the Nations League next Tuesday.

Bale, 29, is rated as a fitness doubt due to what appears to be the recurrence of a groin injury, but Burnley striker Vokes says the Dragons have quality throughout the squad and is convinced they can impress even if the forward is ruled out.

“Gareth is massive for us, but we’ve got a lot of players playing at top level now,” said Vokes, as reported by the BBC.

“They are playing regularly as well and that can only help us. If there are players missing there are others ready to step in.

“We’ve got talented players all over the field, we showed that against Ireland [in a 4-1 Nations League win in Cardiff last month].”

He added: “It’s a strong squad now and the new generation of lads coming through is great to see.

“The Ireland game was one of the strongest performances we’ve put in for a long time.

Bale has netted 30 goals in 72 Wales appearances but Vokes hopes playing in front of their own fans will lift the players, regardless of whether the former Spurs man is in the ranks.

“We’ve got two good games now and it’s exciting to be back at the Principality Stadium playing Spain,” he added.

“We’ve had a great atmosphere at the Cardiff City Stadium and now we can take that momentum to the Principality Stadium.”

Wales are 8.00 to beat Spain on Thursday, while Spain are 3.40 to win and both teams to score.