Sam Allardyce: ‘Survival on us’ 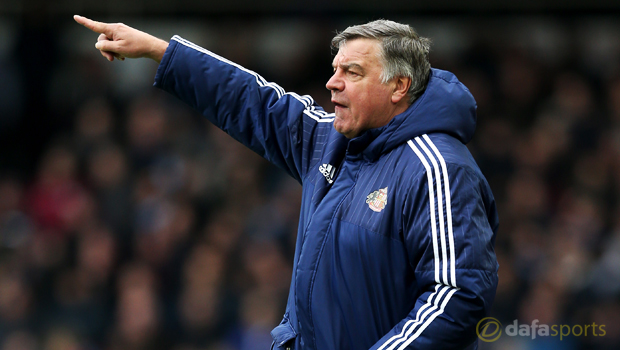 Sam Allardyce says Sunderland can’t bank on sides around them slipping up and warned his team must start picking up victories if they are going to survive this season.

The Black Cats are fighting for their lives for yet another season and the club are currently languishing down in 19th in the Premier League, a point away from safety.

Rivals Newcastle United are just one place above but the Magpies do have a game in hand, with their clash against Manchester City postponed because of Sunday’s League Cup final win over Liverpool.

Allardyce’s men have only enjoyed one win in their last six league outings and the recent 1-0 defeat to West Ham United came as a real disappointment.

Sunderland’s performance merited a point at least and they will be kicking themselves at leaving the Boleyn Ground empty-handed, having missed several clear-cut opportunities.

Swansea, Norwich, Bournemouth and Crystal Palace are all outside of the bottom three at the moment but the quartet are still heavily involved in a relegation scrap.

However, Allardyce is not lingering too much on what other teams around them are doing and the ex-Hammers boss insists the only focus is on what his players do.

Sunderland play host to Crystal Palace on Tuesday in a crucial clash and the hosts are 2.50 favourites to clinch victory, the draw is priced at 3.20 while the visitors, who are on a 10-game winless run in the league, are priced at 2.88.