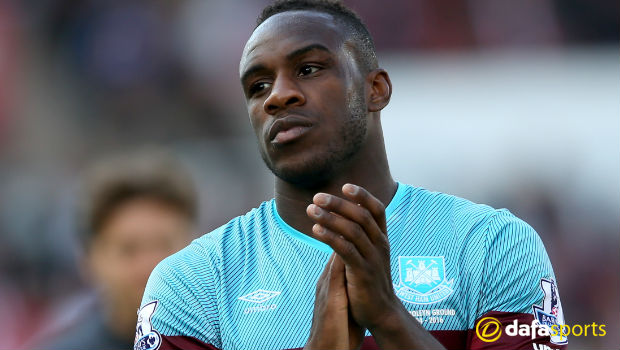 Sam Allardyce says Michail Antonio has proven himself over the past season and warrants his place in England’s squad for the upcoming World Cup qualifier against Slovakia.

Allardyce, who was appointed as Roy Hodgson’s successor in July, named his first squad since taking charge on Sunday night and decided to include the uncapped Antonio.

His impressive performances drew consistent praise from ex-players and pundits and many thought the London-born star should have been included in the Euro 2016 squad.

The winger, who can also be deployed as a right-back of wing-back, was left out of the 23-man list for the major tournament but he didn’t have to wait long to be included in the national team’s plans.

Antonio is now pushing to feature in the 2018 World Cup qualifier away in Slovakia and Allardyce has praised the Hammers star for earning this call.

“I think he’s in outstanding form,” the England boss told the FA website. “This is another lad with a great journey – it’s a fantastic journey that he’s been on, from non-league to now an international call-up.”

There was a slight shock with Everton’s Ross Barkley missing out a place in the squad whilst Arsenal midfielder Jack Wilshere was also overlooked.

Jamie Vardy, Harry Kane and Daniel Sturridge are the only thee strikers named with Wayne Rooney, who is yet to be confirmed as captain, down as a midfielder.

England, who are 19.00 to win the World Cup, take on Scotland, Lithuania, Slovakia, Slovenia and Malta in their qualifying group and the Three Lions are 1.36 favourites to top the pool.