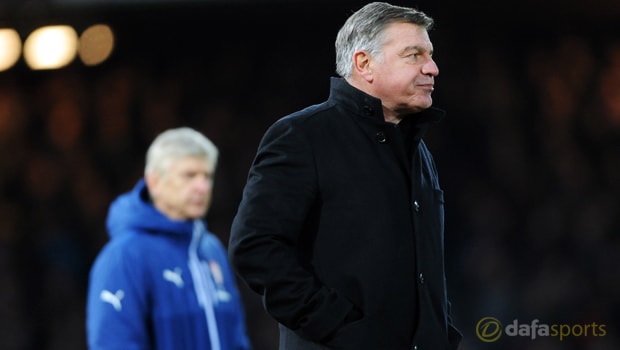 Arsene Wenger has attempted to smooth relations between himself and Sam Allardyce by suggesting his old rival is “an example to follow” for young managers.

Allardyce returned to club management last week when he was brought in as Alan Pardew’s successor at Crystal Palace, with the move coming off the back of his ill-fated 67 days in charge of England.

The 62-year-old revealed he turned down new riches in China to head to Selhurst Park and is charged with the task of preserving the south London club’s top-flight status.

Allardyce has taken on similar firefighting roles before, with the likes of Bolton, West Ham and, more recently, Sunderland, so his desire to go back to the coal-face came as no surprise to Wenger.

The two have not always been on the best of terms, stemming from Allardyce’s time in charge of Bolton when Wenger felt he was too close to his great rival, Sir Alex Ferguson, but the Frenchman appears to have softened his stance.

Wenger says Allardyce can be a role model to young managers working their way up the ladder given that none of the current top-10 teams in the Premier League are managed by Englishmen.

“He is an example to follow as he can give hope to other English managers to get a chance in the Premier League,” the Arsenal manager told reporters.

“They can do it with their club and come up and be successful, yes, of course. You want the right mixture.”

Speaking ahead of Palace’s visit to the Emirates Stadium on Sunday, Wenger added: “We speak about [Bournemouth manager] Eddie Howe, he shows he has the quality to be successful and nobody questions him now.”

Arsenal are currently priced 1.33 in the match betting and the draw outcome is quoted 5.50. Palace are currently trading 9.50 in the 90-minutes market.