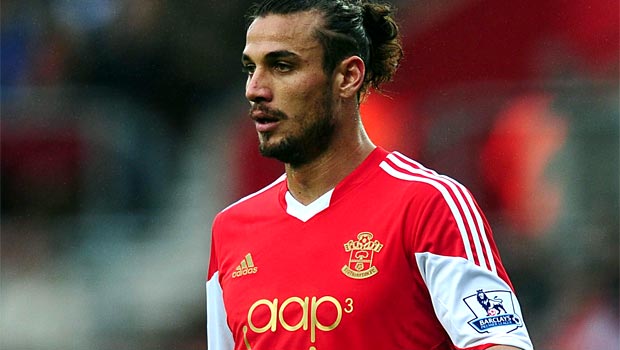 Saints splashed the cash to bring Osvaldo to the club in the summer in a deal that could eventually cost them £14.6million but he has so far failed to live up to expectations.

The 27-year-old has struggled to settle and has managed just three goals in his 13 games so far leading to suggestions he could be heading for a sharp exit.

The fact that he is out of the side at the moment after picking up a three-match ban for violent conduct has not helped matters, but boss Mauricio Pochettino is standing by his man.

Reports claim Inter Milan and Fiorentina could offer him an escape route back to Italy during the window but Pochettino says that will not be happening and that he will not be allowed to leave.

“In Italy, in Spain, in Russia and Argentina with Boca Juniors, too,” Pochettino said in English of the constant speculation, before adding through his Spanish interpreter: “He is very happy here, he has been training very well.

“He is very expectant to be fulfilling his contract here. He is also expecting the birth of his son and is expecting his son to grow up in England.

“I am very sorry about all these rumours happening right now, but they are just not true.”

Meanwhile, the Saints boss says struggling to adapt to the style in the Premier League has been the player’s problem, not the expectation placed on him by his transfer fee.

“If you look at the price to his quality, he is a cheap player,” he added. “I don’t mean cheap in a negative way, I mean he is value for money.

“The hardest thing has been his adaptation to the league, that has been the most troubling thing and something he has been working on.”