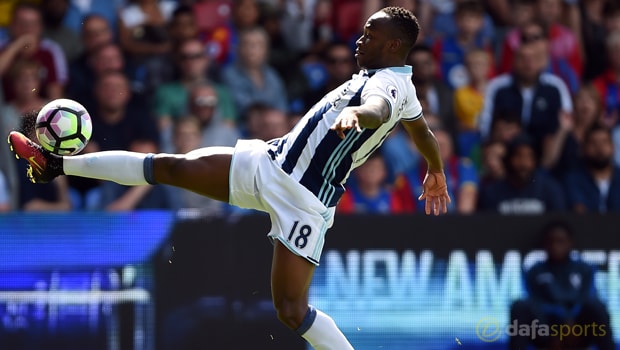 Tony Pulis is adamant that West Brom won’t be forced into selling striker Saido Berahino this month, despite his contract expiring in the summer.

The 23-year-old was last month offered a new contract by the Hawthorns club for a third time but no deal has been agreed.

Berahino has been the subject of intense speculation over various transfer windows in recent times, with the player apparently keen to secure a move away from the club.

Spurs were an interested party for some time, but it now appears as if Stoke City are heading the queue to secure his services.

Berahino has not featured for the Baggies first team since early September while the club sent him to a conditioning camp in France to help him lose weight and regain fitness in the interim.

Pulis says that Albion won’t be forced to sell a player they’ve nourished since childhood simply because the forward wants to move on.

“This club has looked after Berahino since eight or nine years of age,” said the Welshman. “It has to be a two-way situation.

We won’t sell him unless it is right for the football club. That has always been the situation; we will not sell the lad because it suits him.”

Berahino burst on the scene at Albion in the 2014/15 campaign, scoring 20 goals in 45 appearances but he has been a largely peripheral figure since.

Stoke boss Mark Hughes admits he is keen to secure a deal for the former England U-21 goalscorer.

“We are interested in him, as a number of other clubs are,” said Hughes. “I am hopeful we will be able to get something done.”