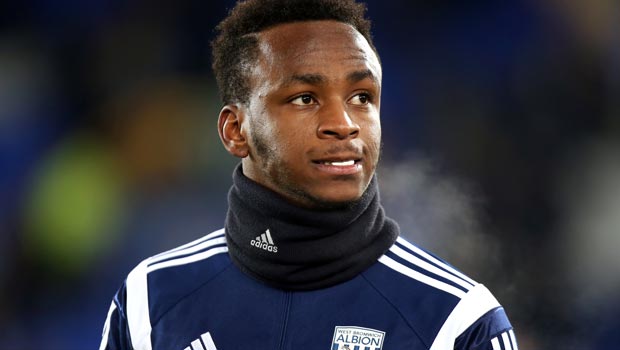 Saido Berahino claims the West Brom fans “wouldn’t mind” him leaving for a bigger club this summer if he continues to score the goals which will keep the club in the Premier League.

The highly-rated 21-year-old striker has gone from strength-to-strength this season with 14 goals in all competitions already in the bag for the Baggies, who are sitting in 15th spot in the table and are just three points clear of the relegation zone.

Berahino’s importance to the team is highlighted by the fact the club are the joint-second lowest scorers in the division at the moment with 20 goals – and he has accounted for nine of them.

His call-up to Roy Hodgson’s senior England squad in November only increased his profile further with the likes of Tottenham and Liverpool both heavily linked with a £25million swoop in the January transfer window.

No move for Berahino materialised, while Albion boss Tony Pulis stressed that he is a big part of his plans going forward.

However, as the player has snubbed the offer to extend his current contract beyond summer 2017, it looks likely that he could depart for pastures new in the summer.

That would no doubt upset many West Brom fans, but Berahino feels they would not begrudge him the chance to play for a team higher up the Premier League ladder.

“I’ve got to stay focused on what I’m doing right now, which is scoring the goals and keeping West Brom in the Premier League,” Berahino told Sky Sports.

“If I can keep them in the Premier League and score as many goals as I can, I’m pretty sure the fans wouldn’t mind me pushing on and going on to bigger things.”

Berahino is 71.00 to finish top goalscorer in the Premier League, while West Brom are 5.00 to be relegated this season.