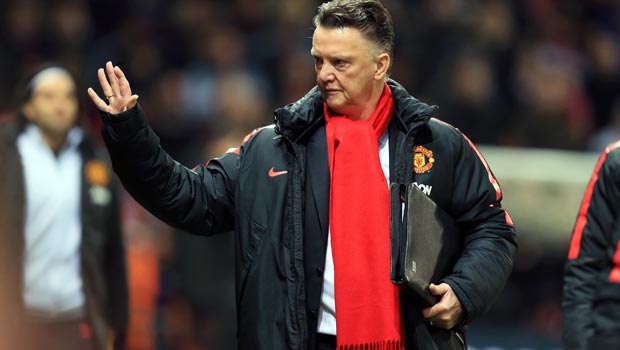 Louis van Gaal watched Manchester United
defeat Cambridge United 3-0 in their FA Cup fourth round replay at Old Trafford on Tuesday night and then claimed “we have a real chance” to lift the trophy.

The Red Devils chief watched as his side ease past their League Two opponents after an early scare when Tom Elliott hit the outside of the post after just 50 seconds when running through on goal following a stray pass from Daley Blind.

Juan Mata and Marcos Rojo, with his first goal for the club, put United two-up at the interval and young striker James Wilson stepped off the bench to seal the win 17 minutes from time.

The victory leaves United facing a fifth-round trip to League One outfit Preston North End, who dumped out last season’s semi-finalists Sheffield United 3-1 in their replay at Bramall Lane, and Van Gaal is fully expecting his side to go on and win the cup.

It has been 11 years since United lifted the trophy in a one-sided final against Millwall at Cardiff’s Millennium Stadium, and Van Gaal said: “We have a real chance now. “Why? Because we are the highest-qualified team in the FA Cup.

“Maybe people are betting on us. I am not allowed to (but) I give you a tip.”

The Dutch tactician added: “For the club, the fans, the coach and my staff, we want to win a title this year and the biggest chance is the FA Cup.

“For me, personally, I won always a title in my first year everywhere I worked.”

United return to Premier League action on Sunday when they travel to face West Ham at Upton Park. They are 1.99 to pick up three points, the Hammers are 3.78 and the draw is 3.30.