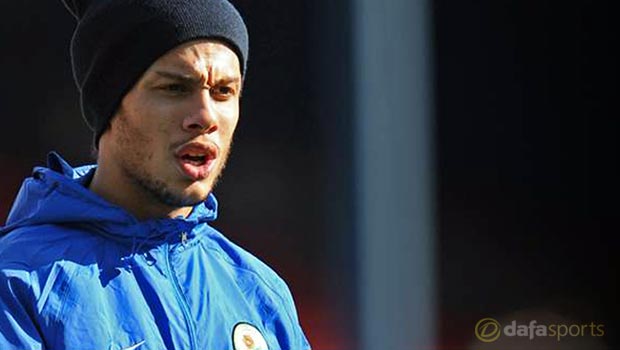 Blackburn Rovers manager Gary Bowyer admits the departure of Rudy Gestede is a big blow but the transfer was a good one from a business point of view.

The Benin international recently left Ewood Park for Premier League outfit Aston Villa for a fee believed to be in the region of £6million, ending a two-year spell in Lancashire.

The 26-year-old was a key part for Rovers last season, making 39 Championship appearances and scoring 20 goals after forming a brilliant partnership with Scot Jordan Rhodes.

Gestede’s exit means the team are struggling for options in the attacking department and with the club still operating under a transfer embargo, which only allows free transfers and loan signings, there are worries heading into the new campaign.

Rhodes, who bagged 21 goals in the Championship last season, could also leave this summer and last year’s play-off finalists Middlesbrough are reportedly leading the chase for the Scotland international.

With just days to go before the new campaign starts, the loss of Gestede is a blow but Bowyer understands the logic behind letting the striker join Villa.

“The bid came in, it was accepted by the owners, and, from a business point of view, I think the mark-up was something like 3,000 per cent,” he said. “We’ll probably have Dragons’ Den interested in us soon because I think it was something like a 600 per cent mark-up on Tom Cairney too.

“So, from a business perspective, the club has obviously invested the money better, but from a footballing perspective, we’ve lost an unbelievable striker.”

Blackburn start their Championship season at home to Wolverhampton Wanderers and the hosts are priced at 2.40 for the win, a draw is 3.20 while the visitors are a 3.00 chance.