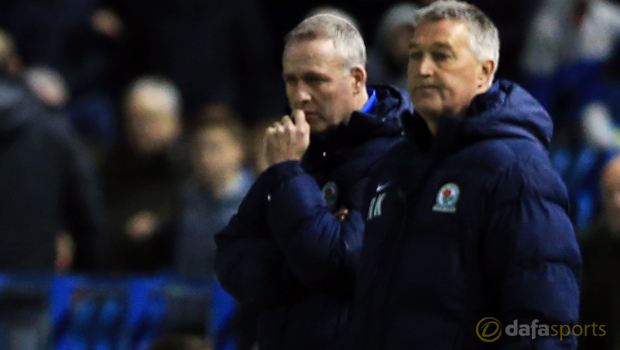 Blackburn Rovers boss Paul Lambert has activated a release clause in his contract and will step down following the club’s final game of the season against Reading.

The former Norwich and Aston Villa manager took over from Gary Bowyer in November with Rovers in 16th place in the Championship table.

Things began brightly for Lambert, with Rovers moving up the table and prompting brief hopes that the club would make a push for the promotion places.

Things tapered off however and Blackburn are currently 18th in the Championship, just 10 points above the drop zone with two fixtures remaining in their season.

They visit Rotherham on Saturday before concluding at home to the Royals on May 7, in what will now be Lambert’s final game in the dugout.

“I would like to place on record my thanks to the owners, and especially the players, staff and fans for the tremendous backing and support I have received since I arrived,” he said in a statement on the club’s website.

Lambert wants to ensure a strong finish to the Championship campaign before he departs the scene, he says. “It’s a brilliant club, with great people, and I wish it every success in the future.

For now, I remain fully focused and determined to try to win the final two games of the season, starting this Saturday against Rotherham.”

Rovers meanwhile say the search for Lambert’s successor has already begun, while they wished the Scot well in his future endeavours.

Lambert’s decision will prompt speculation linking him with Celtic, a club at which he excelled a player.

The Glasgow giants have also announced that their manager, Ronny Deila, will leave at the end of the season.