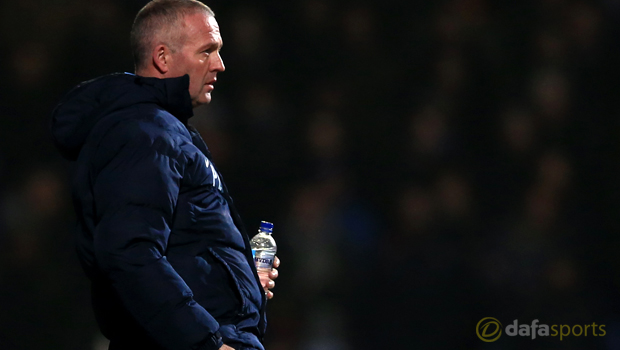 Boss Paul Lambert did little to hide his frustration after Blackburn Rovers fell to a second defeat in four days against Ipswich Town at Portman Road.

Lambert felt Saturday’s game against Leeds Unitedhad been a bridge too far for his team given their recent hectic schedule but, having freshened his side up, the Scot pulled no punches in assessing their Ipswich reverse.

“It was rotten, it wasn’t good enough,” said the Rovers manager. “Not with the standards that we have set.

“I thought it was a nothing game, Ipswich are a good side and are deservedly up there on merit but I thought there was nothing in the game.”

Lambert made five changes to his starting team against Mick McCarthy’s promotion hopefuls and Blackburn were very much in the contest in the first half.

The game hinged on a penalty midway through the second half, Rovers’
Hope Akpan penalised for a shove in the box with Daryl Murphy converting the spot kick.

The visitors were unable to muster any sort of response and Murphy made the points safe for Ipswich late on.

Lambert felt the penalty concession was particularly poor and he was upset not to see some kind of reaction to falling behind.

“The penalty was shocking, you don’t raise your hands in the penalty box. To be fair to Hope he’s admitted it was his fault,” Lambert said.

“But we never looked like we were going to get back into it once we fell behind to the penalty.

“I made changes for the right reasons but I expect better from the ones who come in. That is the first time I’ve been disappointed with them in the last few months.”

Blackburn visit Brentford on Saturday, with Lambert’s side 2.80 to bounce back by winning at Griffin Park. Brentford are 2.50 with the draw at 3.20.