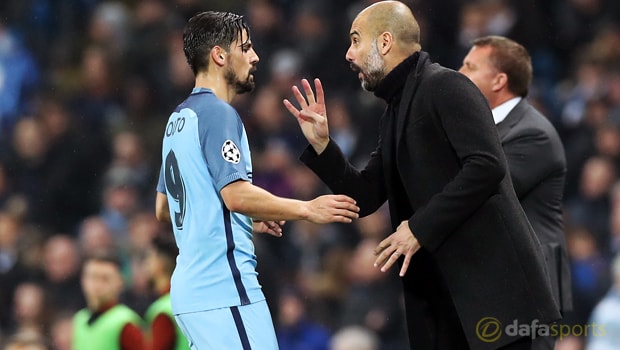 City are through to the knockout stage of the Champions League after completing the group phase with a 1-1 draw with Celtic in a dead rubber on Tuesday.

The Etihad Stadium outfit are also well placed to challenge for the Premier League crown as they are four points behind pacesetters Chelsea after a 3-1 defeat to the current leaders in the last round of fixtures.

Nolito missed the league clashes with Chelsea and Burnley but should be involved in the weeks ahead as Sergio Aguero is suspended, and the Spaniard insists Guardiola is correct to continue with a rotation policy.

“I am very happy here. When I arrived to City I knew it would be difficult to play with such good players in the squad but the manager is giving chances to everyone, is rotating the team, and I’m happy,” he told the club’s official website.

“From a selfish point of view I obviously would like to play every minute, but I think no one can play everything because both the Premier League and the Champions League are very demanding.

Rotations are needed and Pep is managing that very well.” The Champions League last-16 draw takes place on December 12 and Nolito insists his side will be ready to compete with any opponent.

He added: “It’s the Champions League and, as always, there are plenty of good teams.

We’ll try to compete whoever we may face. We’ll be ready when the moment is there, now we need to focus in the league.”