Manchester United: Rooney glad to be back playing in attack 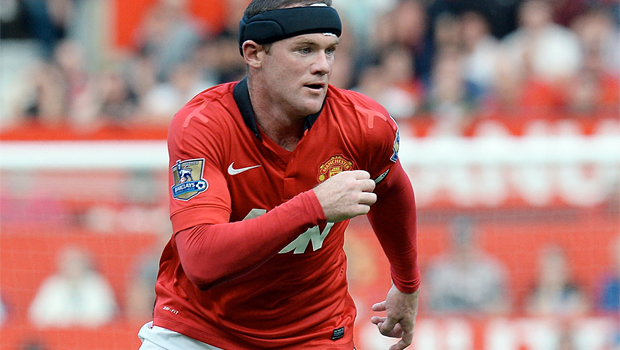 Wayne Rooney says he is happy at Manchester United now that he is playing in attack rather than being out of position in midfield.

Speculation was raging throughout the summer that Rooney wanted out of Old Trafford following the arrival of David Moyes and Chelsea are known to have failed with at least two bid to sign him.

However, it would now appear that Rooney was more unhappy with the fact that Sir Alex Ferguson was playing him out of position last season and he is more settled now that Moyes has taken over.

Rooney is back in his favoured position and says he has never been happier.

“You can clearly see I’m playing and I’m happy in my football,” said Rooney. “David Moyes has come in, he’s playing me up front, and I’m enjoying it.

“I’ve had no problem playing out of position in the past, but I’m a forward and I felt I deserved the right to play in my position.

“That wasn’t happening. Naturally I was a bit disappointed and maybe that affected some of the games I played because last season wasn’t my best.

“Everyone at the club knew where I wanted to play. Maybe I will play in midfield when I’m a bit older if I have lost my legs a bit but I didn’t want to play there.”

Meanwhile, Rooney has also dismissed the rumours which suggested he was pushing for a move away and says it was always his intention to stay at Old Trafford.

Rooney has just under two years to run on his current deal but rather than think about what the future holds, he would prefer to focus on the here and now.

“To be honest I’ve been settled all summer,” he said. “I know from the outside looking in it might not have seemed like that, but I have.

“I spoke with the people who matter at the club and we knew what we were doing. The club made that clear.”

He added: “My wife had a new child and I’ve been really happy. I’m not going to go on saying I wanted to stay or I wanted to leave.

“I just want to concentrate on my football. We’ll see what happens after that.”