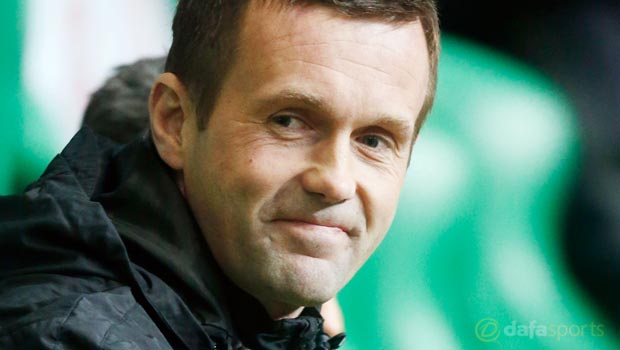 Ronny Deila says the togetherness and team spirit that is growing at Celtic can be the driving force that helps his team secure a domestic treble this season.

The Norwegian is close to emulating Celtic greats like Jock Stein and Martin O’Neill by achieving just the fourth domestic clean sweep in the club’s history.

Celtic face Inverness Caledonian Thistle at Hampden Park on Sunday for a place in the Scottish Cup Final and, according to Deila, team spirit is the main factor that is helping them towards domestic bliss.

“People relax more when they know each other better and we’re having a lot of fun,” he said.

“That’s one of the most important things if you’re wanting to create something and get better – to laugh a lot and enjoy it – and I think that’s something the players are doing and the togetherness is very good.”

Celtic have already wrapped up the League Cup with victory over Dundee United at Hampden in March and Wednesday’s win over Kilmarnock in Glasgow means they are eight points clear of Aberdeen at the top of the Scottish Premier League.

Deila admits talk of the treble has caused a growing sense of anticipation around the club and while he emphasises the need to focus on each game as it arrives, he says Celtic have their destiny firmly in control.

“I really believe we can do it and it’s up to us. If we’re performing well we know that we are very hard to beat. We’ve shown that for a long time. Our biggest opponent is ourselves, so we have to keep our minds on the right things.”

The sides have met three times this season, each achieving a 1-0 home victory before last Saturday’s 1-1 draw in Inverness.