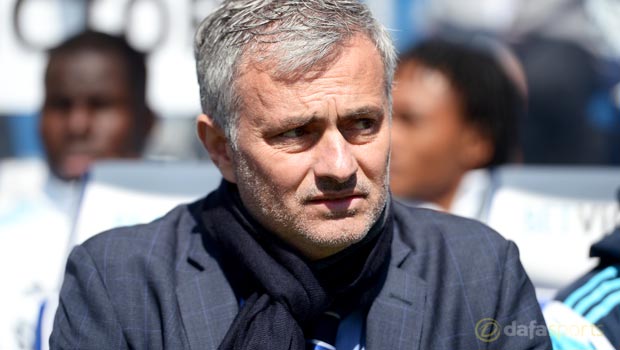 Jose Mourinho says he doesn’t have to motivate his Chelsea squad for the visit of Manchester United to Stamford Bridge as they are already “desperate” to be involved.

The Blues boss admitted his players feel an extra sense of motivation for games against opponents such as United and he believes that makes his job easier in the days leading into the game.

“This week I was not worried about motivating players, or players to be focussed on the game and the opponent because there is no need.

Chelsea go into their game in hand with a healthy seven-point advantage over second-placed Arsenal and knowing that three more wins will seal the title.

According to Mourinho, regardless of the situation, players will have an extra pep in their step when facing a team like Man United.

“You have to play against everyone home and away. Our fight is to have the same motivation and ambition, no matter what opponent.

“But the reality is that these matches are the easy ones – the ones where every player is desperate to play. They are the matches everybody likes”

Mourinho confirmed the game will come too soon for striker Diego Costa but Loic Remy is fit enough to play his part.

Van Gaal’s preparations have not been helped by the loss of Michael Carrick, Phil Jones, Daley Blind and Marcos Rojo to injury.