Posted by Robert Morris on September 2, 2015 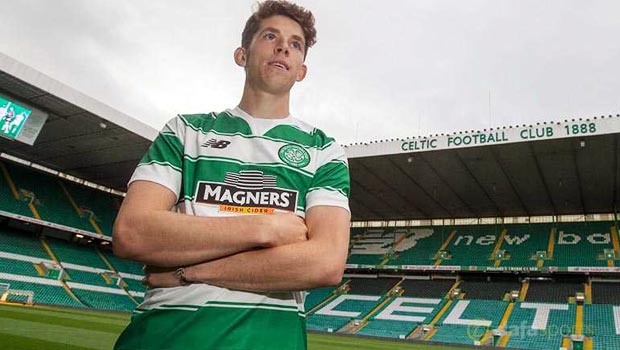 The 21-year-old Croatian completed his move hours after fellow central defender Virgil van Dijk was sold to Southampton by Celtic for £13m and the Hoops boss declared himself pleased with the summer business.

“I believe what we have done in the summer has given us a squad with real depth for the season ahead,” he told Celtic’s website.

“We already had a strong squad going into the summer period and we have now signed eight quality players in this transfer window.”

Simunovic turned his back on Champions League football with Dinamo Zagreb to move to Scotland and Deila believes he is well equipped to fill the void left by van Dijk.

“He is a very talented young player and good on the ball, but he will also give us strength and stability in defence. I am sure he will be a success for us,” he added.

The defender cited the lure of winning trophies as his main motivation for coming to Glasgow.

“I know we have a lot to play for this season and there are many exciting times ahead,” said Simunovic. “This is my reason for joining Celtic.

“I want to win things in my career and I think I can do this at Celtic.”

Celtic also confirmed the signing of midfielder Christie from Scottish Premiership rivals Inverness on the final day of the transfer window.

The 20-year-old said it was a dream to sign for his boyhood heroes although he will spend the remainder of this season back at Caley Thistle on loan.

Celtic are 67.00 to win this season’s Europa League.