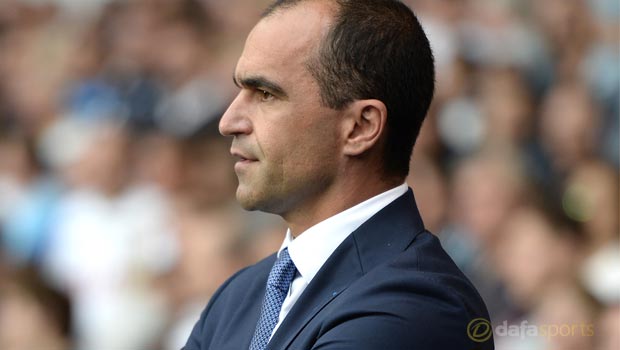 Roberto Martinez says he is excited by the sense of continuity and continued development at Everton this summer.

The Blues boss feels the backing he received from the board in terms of keeping his biggest performers at Goodison Park along with the arrival of some proven talent should ensure his project continues to make progress.

Central defender John Stones had been the subject of intense interest from Chelsea but Everton resisted all advances and, on the final day of the transfer window, Argentina international defender Ramiro Funes Mori and former loanee Aaron Lennon joined the club.

And Martinez is extremely happy with his summer dealings.

“I feel really pleased about the way in which our business during this transfer window will allow us to carry on with the continuity in our squad and develop some of our young talent while adding some outstanding characters to the football club,” he told the Everton website.

The Toffees boss feels the calibre of player arriving on Merseyside speaks for itself.

“Four full senior internationals for England, Argentina and Spain reflect the huge calibre of players we have been able to bring in,” he added.

The return of two players formerly on loan at Everton, Lennon and Gerard Deulofeu, guarantees there will be no issues in settling in.

The Spaniard insists that keeping his best performers at the club is equally as important as attracting new faces and he hopes to see the club learning from the experiences of his first two seasons at the helm.

“Keeping the main performers of the team that attempted that fourth-place finish in the Premier League two seasons ago and shared in some incredible memories in Europe last season will help us to integrate all of our new signings and to carry on reaching better levels of performance on a consistent basis,” he continued.

Everton face champions Chelsea in their next league outing on 12th September, a game the Toffees are 4.20 to win.