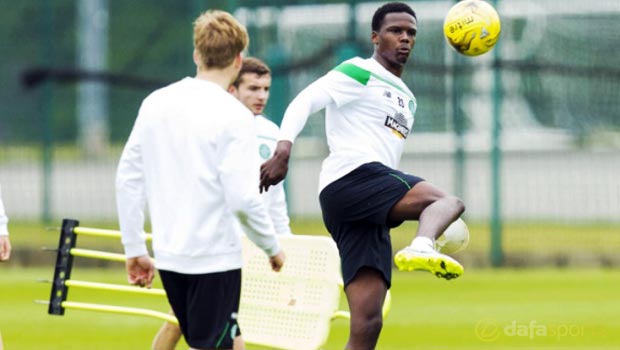 Celtic boss Ronny Deila claims new signing Dedrick Boyata “has the potential to be a top international player” at the club following his move from Manchester City.

The Norwegian tactician has revealed that he attempted to take the 24-year-old Belgian defender last summer, but instead settled for Jason Denayer on a season-long loan deal.

Denayer progressed in leaps and bounds at Celtic Park and sampled Champions League and Europa League football with the Hoops, in addition to winning the Scottish Premiership and League Cup.

He has now returned to City with Deila finally managing to snare the signature of Boyata on a permanent four-year deal.

The player only made five first-team appearances at City last season and Deila feels regular first-team action north of the border will help his career progress massively, while also help his side to more success.

He told the Daily Record: “He needs love and trust. He needs opportunities to play over time.

“You also have to deserve it, of course, but that is done in training and matches.”

Deila added: “In the end we got a very good player. I know that if we can get the best out of him he has the potential to be a top international player.

“City agree and will follow him in the future to see if he can take the next step, like Virgil Van Dijk is trying to do now.

“Jason has shown what he was and where he is now. If we have good material to work with, we can make a top player.”

Celtic won the Scottish Premiership last season and Deila’s men are favourites at 1.03 to retain the title while Aberdeen can be backed at 21.00.