Ronaldo’s hunger for goal has not waned 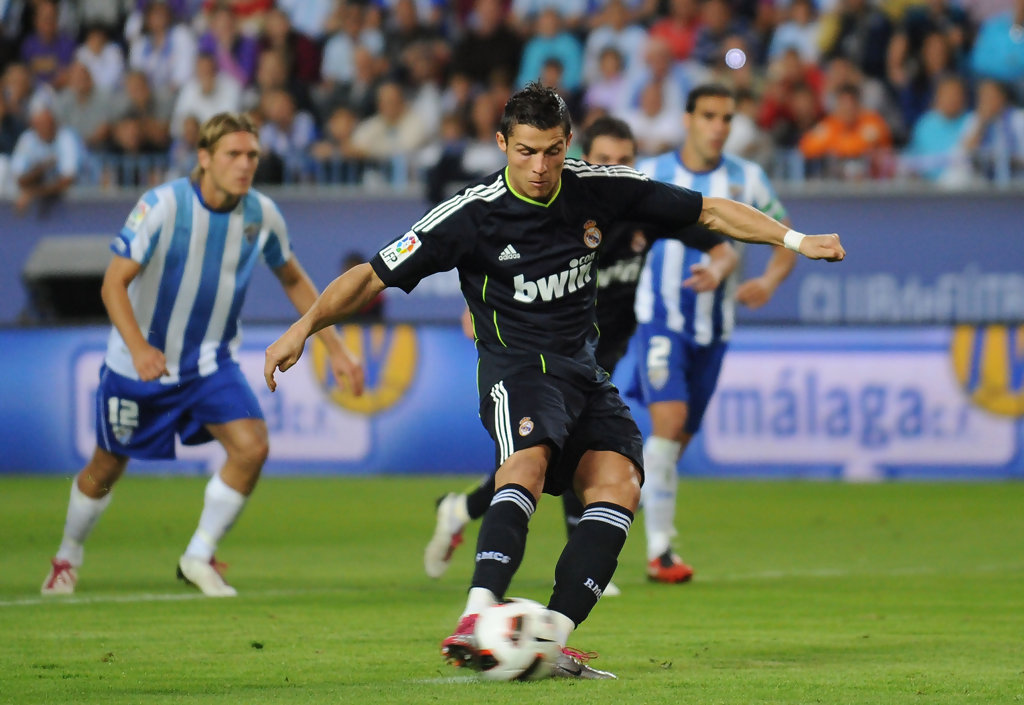 Real Madrid made 6-2 blasting of nine-man Malaga in La Liga.

Barcelona will have to wait at least until Sunday before they can finally celebrate.

Their bitter rivals, Real Madrid, made that possible after their 6-2 blasting of nine-man Malaga in the La Liga on Wednesday.

Cristiano Ronaldo starred in the game by scoring his 200th goal for the Los Blancos.

Barca need two more points to wrest the league crown, their 22nd overall, back from Madrid and secure a fourth title in five years and a win at third-placed Atletico Madrid on Sunday would be enough for Tito Vilanova’s side.

Atletico, eight points further back in third, secured a berth in the Champions League for next season with a 3-1 triumph at struggling Celta Vigo earlier on Wednesday.

Both matches had been brought forward due to the King’s Cup final between Real and Atletico on Friday, May 17.

Centre back Raul Albiol nodded Real in front from a corner in the third minute at the Bernabeu before Roque Santa Cruz, who scored in Malaga’s 3-2 home win against Real in December, levelled after a quarter of an hour.

The match at the Bernabeu Stadium turned in the 21st minute when Malaga defender Sergio Sanchez was shown a straight red card for bringing Ronaldo down in the area.

Although Ronaldo’s penalty kick saved by Willy Caballero, who injured himself in the process and had to be replaced by Carlos Kameni, Ronaldo connected with an indirect free kick close to goal in the 26th minute.

It was his 200th goal for Real since joining from Manchester United for a record fee in 2009.