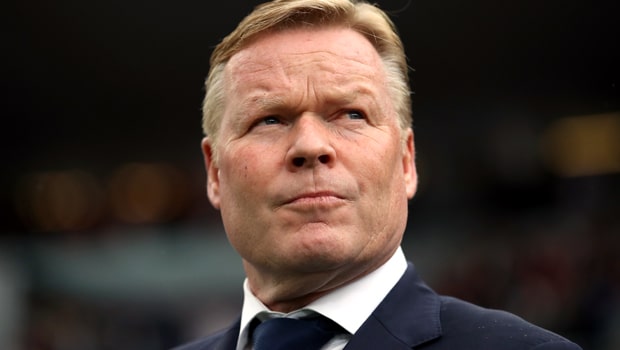 Ronald Koeman is keen not to have Sunday’s UEFA Nations League final billed as a duel between Cristiano Ronaldo and Virgil van Dijk.

The Netherlands overcame England after extra-time in their semi-final on Thursday, winning 3-1, to set up a decider against hosts Portugal.

Ronaldo, who scored a hat-trick as Portugal beat Switzerland 3-1 a day earlier, will be going up against van Dijk in that tussle.

The Liverpool centre back has been acclaimed as the world’s best defender following his standout season and could emulate Ronaldo later this year by winning the Ballon D’Or.

Koeman however is eager to play down their personal duel, insisting even the best defenders are not sure to quell the Juventus star alone. “It isn’t a battle between two players, it’s Portugal and Holland,” said Koeman.

“We know it’s impossible sometimes to have good defending against Cristiano Ronaldo but we want to keep the ball, with good possession, as then he can do nothing in attack.”

The former central defender see real quality emerging within his squad, especially with Champions League winners van Dijk and Gini Wijnaldum in it.

“We have big talents coming through, experience in the team, two players who won the Champions League, this experience to play and win a semi-final, then play the final on Sunday, it makes everything much easier,” Koeman added.

Frenkie De Jong was Man of the Match against England and his manager singled out the Barcelona-bound midfielder for special praise.

“Of course he was player of the match, it was well deserved,” Koeman told a news conference.

“Most of the people are always looking at what he does with the ball, how calm he is, but in defence how many balls he is winning in midfield – it’s fantastic to see Frenkie play like this.”