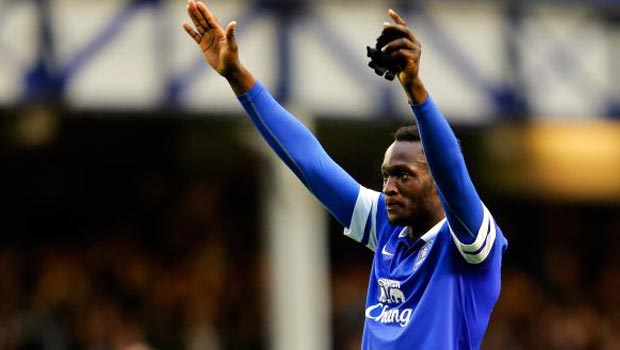 Romelu Lukaku looks set to leave Stamford Bridge this summer after the striker admitted that he has become frustrated with life at Chelsea.

The powerful Belgian forward has barely had a kick since arriving at the club back in 2011 from Anderlecht and has managed just 10 appearances.

Each season Lukaku has seen himself slip down the pecking order in the attacking department, with the youngster falling behind the likes of Didier Drogba, Fernando Torres, Daniel Sturridge, Samuel Eto’o and Demba Ba over the years.

The Belgian has subsequently been sent out on season-long loans in the previous two campaigns at West Brom and, most recently, Everton, scoring a combined total of 32 goals in 66 Premier League appearances.

Lukaku was widely tipped to make an impression in the Chelsea side next season but with the expected arrival of Atletico Madrid ace Diego Costa, the former Anderlecht star has said a move away is likely.

“You know Chelsea: every year they buy a new top striker. I remember me coming into the dressing room last year and seeing Samuel Eto’o and Demba Ba and going: ‘Whoah! What’s happening here?’,” he said.

“But no problem. Many clubs are interested in me. At this stage I have to look to myself. I have to play a good World Cup. That’s very interesting for all the players looking for a transfer, and I must be one of them. Chelsea know my point of view.”

Lukaku is currently preparing with the Belgian side for their World Cup campaign which begins against Algeria on June 17 and the rising nation are priced at 18.00 to win the tournament.