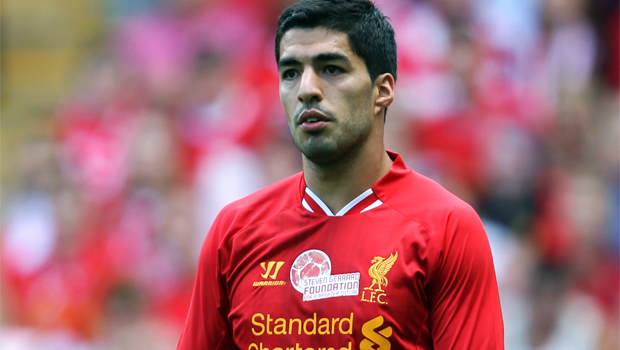 Brendan Rodgers wants an end to focus on Luis Suarez’s future at Liverpool and says he will not be speaking about unsettled Uruguayan until he is available to play again.

Suarez is currently serving a 10-game suspension for biting Chelsea’s Branoslav Ivanovic at the end of last season and must sit out the first six games of the new campaign.

His future has been one of the sagas of the summer with Arsenal having two bids rejected for the striker, the second of just over £40m, which the Gunners and the player thought would trigger a buy-out clause in his Anfield contract.

Suarez made it clear in June he wanted out of Liverpool and was determined to force through a move to a Champions League side but it has yet to materialise, with Arsenal the only club showing a firm interest in him despite reports Real Madrid also want the former Ajax ace.

The Reds have consistently said that the 26-year-old is not for sale and now Rodgers says he wants to draw a line under the situation – for now at least – and concentrate on the players he has available for the first few weeks of the season.

“What I want to concentrate on is the players that are available for this weekend, so I won’t be speaking any more about Luis Suarez until he is available,” he said.

“Because the players that have been working ever so hard over the course of the last few months in order for this game, out of respect for the them, I want to only speak about them.”

Liverpool, who have won six out of their seven pre-season games, conceding just two goals in the process, begin the new Premier League season at home to Stoke City on Saturday.