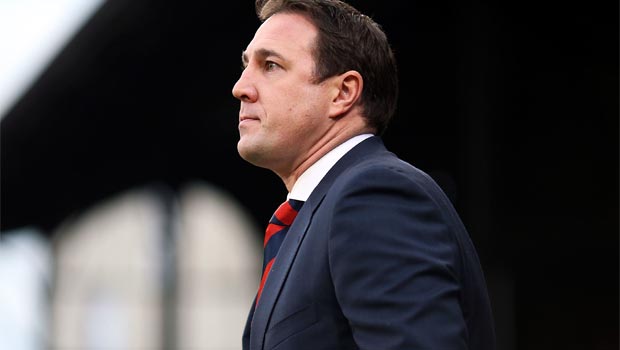 Liverpool manager Brendan Rodgers says he is astonished by the situation Cardiff City boss Malky Mackay finds himself in after leading the club to the Championship title last season.

Mackay, who pits his side against Rodgers’ Liverpool this weekend, has been publicly criticised by the club’s owner Vincent Tan for revealing that he hoped to recruit three new players in the January transfer window.

The Scotsman says he will not resign, and Rodgers admits he has great sympathy for the former Watford manager who preceded him as caretaker boss and took over the reins at Vicarage Road when he resigned in 2009.

“I find it astonishing, what he’s had to go through,” said Rodgers. “To see him being questioned on what he has done, I find it remarkable.

“He’s going to go on and become a big manager at a top club and I find it astonishing there’s talk about him leaving there, absolutely astonishing.

“My only conclusion when I look from the outside is you’ve got a business guy operating the club who obviously knows nothing about football.

“He’s obviously been a very successful business man in his life, but football is like no other business.”

Mackay led Cardiff to the Premier League after winning the Football League Championship last season, but the Scot’s future became uncertain when the club’s head of recruitment, Iain Moody, was removed from his position in October.

Moody was replaced by 23-year-old Kazakh Alisher Apsalyamov, who was at the club on work experience before his appointment and is a friend of Tan’s son. Apsalyamov has since been temporarily suspended in a query over his visa.

Tan continued to back Mackay after Moody’s departure, saying at the time he would “support him for many years to come”.

But the pair’s relationship has become increasingly strained, culminating with Tan releasing a statement earlier this week criticising Mackay for going public about transfers.

“The overspending of £15m has upset Tan Sri greatly, resulting in the removal of Iain Moody as head of recruitment,” it read. “As such, he has stated that not a single penny will be made available in January.”