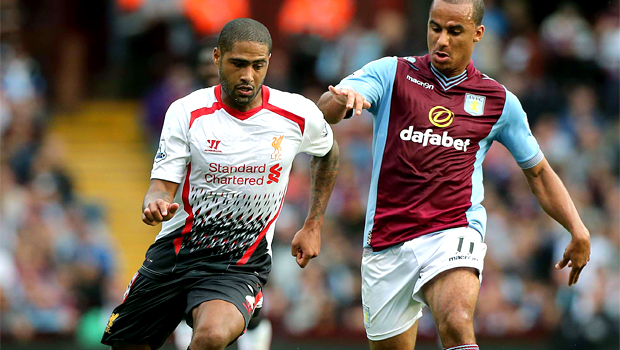 Brendan Rodgers is expecting big things from his Liverpool side this season after they picked up a 1-0 win at Aston Villa on Saturday.

The Reds got off to a shocking start last season and Rodgers had to wait until late September to pick up his first Premier League win, but this time it is different.

Daniel Sturridge grabbed the only goal of the game at Villa Park to add another three points to the ones picked against Stoke on the opening day of the season, and Rodgers could not be happier with the start.

Rodgers says there is now a winning mentality among his squad and believes they could be in for a very good season if that continues throughout the forthcoming campaign.

“The mentality of the group is to win together. That is important,” Rodgers said. “We have to keep it going.

“It’s still very early. What was important was to make a good start,” Rodgers added.

“We didn’t have a good start at all last year. Since the turn of the year we’ve been getting better and better.”

Meanwhile Rodgers believes the addition of Kolo Toure has also played a key part in Liverpool’s 100 percent start to the new campaign.

Rodgers needed experience after Jamie Carragher decided to call it a day, and seems to have landed the perfect replacement in the form of Toure.

“Kolo has been brilliant,” Rodgers said. “With Jamie Carragher retiring and it was very important to get someone in of a similar ilk.

“We need that experience. He’s 32, he’s fit and he’s got that winning mentality and he’s been very influential in the changing room.”