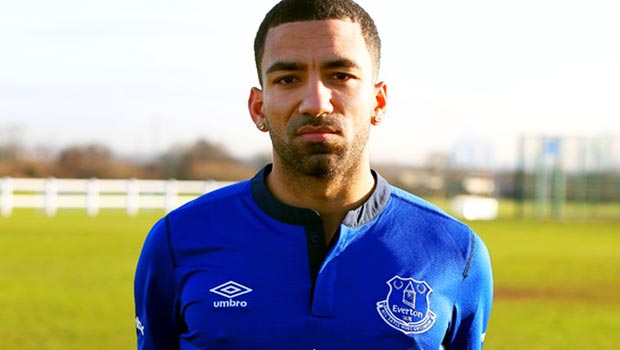 Lennon joined the Goodison Park side on loan for the rest of the season in the closing stages of the January transfer window from Premier League rivals Spurs.

The club posted a series of photos of Lennon on Tuesday on his first day of training with his new side, and the 27-year-old looked particularly glum in his new surroundings.

The pictures sparked a social media storm but Martinez has played down the significance of Lennon’s expression and he insists the winger is happy to have joined Everton.

“I would blame the photographer,” Martinez told reporters. “It’s your job to make him show a nice smile to the picture.

“I saw a different face. I saw a focused face – one that he was ready to train and ready to perform.

“It’s been great to see the way Aaron has adjusted to training. When you sign a player in January, it’s difficult to find someone who is up to speed with the league and up to speed with his match fitness.

“He’s an incredible performer at this level, he’s beaten some landmarks in the league already and he’s got incredible international experience. He’s fully fit, he’s ready to make an impact and he’s ready to be in the squad for the weekend.

“I know there’s been a lot said about the pictures. I’ll chase the photographer. I wasn’t happy with that at all.”

Everton host Merseyside rivals Liverpool on Saturday and they are 3.22 to take all three points.