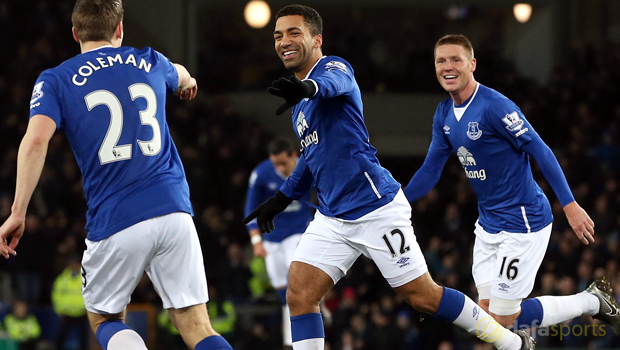 In-form Everton winger Aaron Lennon has been touted for a place in England’s Euro 2016 squad by Toffees boss Roberto Martinez.

The former Tottenham star scored for the third successive game as Everton romped to a 3-0 win over Stoke at the Britannia Stadium on Saturday afternoon.

England boss Roy Hodgson was in the stand to see the 28-year-old’s latest performance and Everton boss Martinez outlined afterwards what Lennon would bring to the table for the Three Lions this summer.

“We all know the quality he brings – the pace, the one-v-one ability, the work-rate, the understanding – and that experience he has is invaluable,” said Martinez.

“There are other players in that position, but I think he is showing he can be of incredible value to any squad, and clearly for his national team, he could be a real help.”

Lennon has 21 caps for England on his CV but he has not appeared for the national team since February 2013 after he fell out of favour at Tottenham.

He made the switch from White Hart Lane to Goodison Park on a permanent deal last summer after a successful loan spell last season and is now starting to get his career firmly back on track.

According to Martinez, Lennon is consistently showing the sort of form in training each day that merits consideration for England duty.

“I get the opportunity to work with Aaron day in, day out, and he is such an important player,” add the Spaniard.

England will face Wales, Slovakia and Russia in Group B at this summer’s tournament in France.