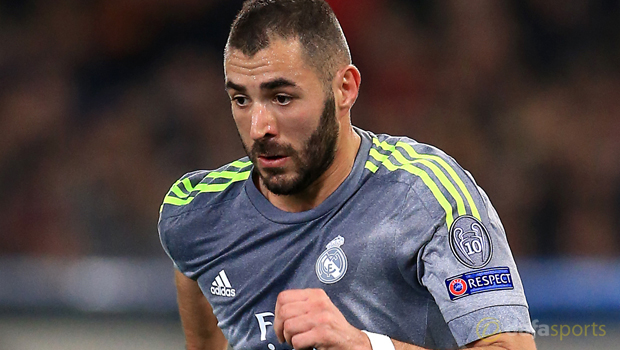 World Cup winner Robert Pires says France need to have Karim Benezma available for selection if they are going to enjoy a successful run at Euro 2016 this summer.

The Real Madrid star is currently suspended from the national team due to an ongoing investigation involving himself and Mathieu Valbuena.

The case centres on the reported existence of a sex-tape showing Valbuena and his partner, and Benzema has been accused of trying to blackmail his team-mate.

Head coach Didier Deschamps is still unable to select the former Lyon star and his absence from the squad for the major tournament on home soil would be a massive blow.

Benzema, who has been at the Bernabeu since 2009, has scored 27 times for Les Bleus and the 28-year-old was one of the stand-out performers at the 2014 World Cup in Brazil.

Pires, who recently confirmed his retirement at the age of 42, is hoping the investigation can be resolved soon and Deschamps will have a full roster to choose from.

“France need Karim Benzema,” Pires told radio station RTL. “He is an important player, he plays for a very big club. He knows what the top level is about and he can bring that to us.”

Pires also believes Paul Pogba can play a big part at Euro 2016 and is confident the Juventus ace can step-up to the challenge of leading the team.

France are the 4.00 favourites to win the tournament on home soil and the hosts open up their campaign on June 10 against Romania.

Les Bleus are strong 1.36 favourites to start off with a victory, with a draw at 4.33 while the Romanians are the big outsiders at 7.00.