No rest for Raheem Sterling 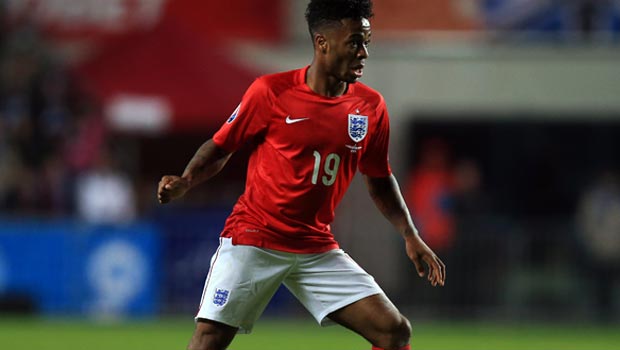 England coach Roy Hodgson says he has no plans to rest Raheem Sterling for the next Euro 2016 qualifier in Estonia and is confident he can successfully manage the teenager’s workload.

Liverpool manager Brendan Rodgers has raised concerns over the 19-year-old playing too much football at this early stage of his career and has already opted to rest him for the Reds this term.

Rodgers started the winger on the bench in the defeat to Aston Villa last month, while he withdrew him early on in the games against Manchester City and Tottenham.

Hodgson says he is well aware of how carefully Sterling needs to be monitored and took him off after 45 minutes of England’s 5-0 win over San Marino on Thursday.
The Three Lions coach has found himself engaged in a war of words with Reds boss Rodgers after Daniel Sturridge picked up a thigh injury during the last international break.

Hodgson won’t let Sturridge’s injury affect his selection plans for Sunday’s game with Estonia though, and has hinted Sterling will start the game in Tallinn.

“We are conscious of managing the situation,” Hodgson said. “When he shows signs of not being quite as sharp, not doing as well, trying too hard, that might be the moment we think we have to manage this and give him a break.

“I don’t think the situation will need managing until he shows signs of suffering from it. But that is not the case at the moment and I don’t think Liverpool need to worry.

“In the first half against San Marino, he was as lively as he could have been.

“At half-time, I said ‘I am taking you two off’ (to Sterling and Jordan Henderson) and they looked at me like ‘don’t do that – we want to stay on’ and that is quite nice.”

England are the current 1.31 favourites to finish top of Group E on their way to Euro 2016 having won both of their qualification matches so far.

Estonia won their last match on home soil, beating Slovenia 1-0 as they got off to a flying start in their quest to reach a first major tournament.