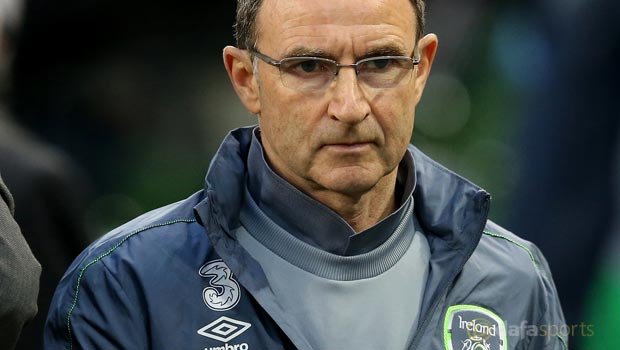 Republic of Ireland boss Martin O’Neill has called on his players “to find a win” against either Germany or Poland as they bid to at least secure a play-off spot in Euro 2016 qualification Group D.

The Irish moved into third place in the group on Friday thanks to a comfortable 4-0 win in Gibraltar, while Gordon Strachan’s Scotland slipped up and lost 1-0 in Georgia.

And they cemented their place in third on Monday night as Jon Walters’
69th minute goal sealed a 1-0 victory against Georgia in Dublin, while the Scots went down to a battling 3-2 defeat against group leaders Germany at Hampden Park.

Ireland are now four points ahead of Scotland with two rounds of fixtures remaining next month, but they have the tougher tests with a visit of Germany followed by a trip to second-placed Poland.

The Scots host the Poles and then travel to face whipping boys Gibraltar and that has left O’Neill urging his players to produce a top drawer display and find a win.

He said: “We need to find a win in two matches. We’ll have to play better for the whole game.

“Germany, with respect, are not only the best team in the group, they are world champions, and I’d say at this minute, possibly even the best side in Europe, so we will have to naturally do better for 90 minutes in the game.”

On the win against Georgia, O’Neill added: “I thought we lacked energy in the first half and consequently created very little, and it’s obviously a bit of a worry.