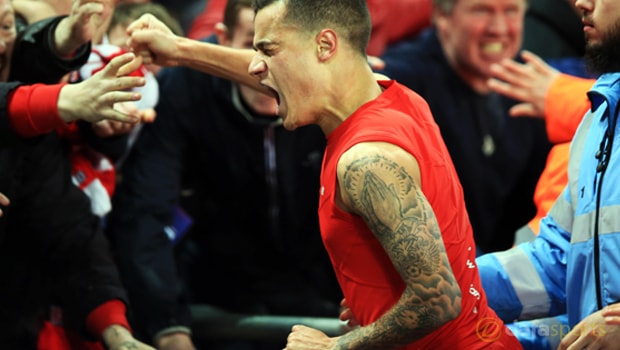 Liverpool have announced a new five-year contract has been signed by playmaker Philippe Coutinho.

The new deal puts the Brazilian on £150,000 a week, making him the highest-paid player at the Anfield club and ties him to Merseyside until 2022.

Perhaps most importantly for Reds fans, there is no release clause in the new deal as Coutinho has repeatedly been linked with a move to La Liga in the past.

The player insists he is happy to have inked his new deal and he sees his future with Liverpool.

“It is a club that I am very grateful to and this shows my happiness here,” he told the club’s website.

“It gives me great happiness because I was welcomed here with open arms by everyone at the club and the supporters right from my first day.”

The announcement will be a major boost for Jurgen Klopp and his squad, ending speculation over Coutinho’s future plans.

The German says the new contract is proof that Coutinho feels he can fulfil his ambitions as a footballer at Anfield.

“This is wonderful news,” said Klopp. “He is truly world class – in that very top bracket. He knows he can fulfil his dreams and ambitions here at Liverpool.”

Liverpool have endured a tough start to 2017, winning just one of six matches in league and cup, against League Two Plymouth Argyle in an FA Cup replay.

They must arrest that trend against Southampton in the EFL Cup semi-final second leg at Anfield on Wednesday or face elimination, having lost the first leg at St Mary’s 1-0.

Liverpool are 1.50 to win in 90 minutes while Klopp’s team are 1.80 to qualify for their second League Cup final in succession under his guidance.