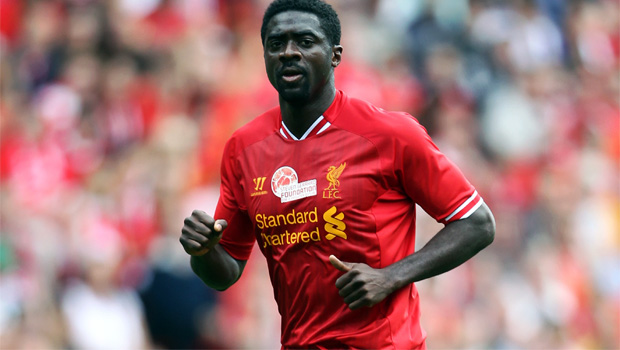 Liverpool defender Kolo Toure may be back in contention for a return to action from injury as soon as Monday for trip to Swansea City in Premier League.

Toure, who signed from Manchester City in the summer on a free transfer, has slotted into place quickly at Anfield, lending his experience to a back-four now devoid of Jamie Carragher, but suffered a groin injury that caused him to miss the win over Manchester United.

However, the 32-year-old has responded well in training, and maybe in line for a swift return against Swansea on Monday.

Although his place in the back four is almost assured, he has welcomed the other new signings made by Brendan Rogers, who has recently swooped for Aly Cissokho on a season-long loan, Tiago Ilori for around £6m and Mamadou Sakho for £15m.

“It has increased the competition and everybody has to work really hard every day, ” Toure said.

“That is the only way we can make the team better and I’m glad we have signed two very, very good players.

“We know all about Mamadou Sakho, he is a very good player. Tiago has also come in from Portugal and is a really good defender as well.”

“The competition will be fair and I will help them when they need it. We work as a team, but I will do my best to show the manager I can keep my place.”

Another Reds defender hopeful of returning at some point is Glen Johnson, who sprained his ankle during the victory over Manchester United.

It was feared that he would be out for up to 10 weeks, but the England right-back reported on Twitter that the injury is not as bad as first feared and he could well be back in contention in around a month.

The full-back said: “Injury doesn’t seem as bad as first thought, hopefully be back sooner than originally expected!”