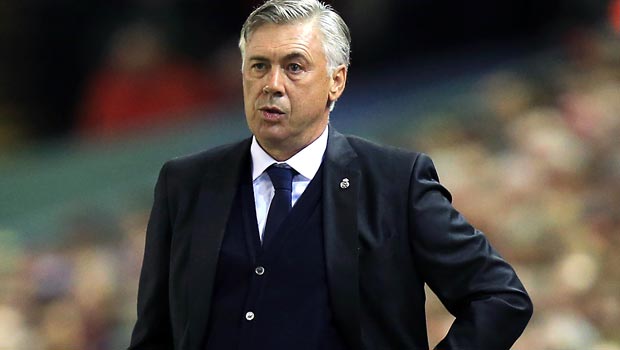 Real Madrid coach Carlo Ancelotti rubbished claims his side were anxious after Sunday’s 1-1 draw against Villarreal at the Bernabeu saw their lead at the top of La Liga cut to just two points.

The Italian coach was disappointed as his players failed to build on Cristiano Ronaldo’s 52nd-minute penalty and were pegged back 12 minutes later when Gerard Moreno was on target for the Yellow Submarine.

Real had plenty of opportunities to pick up a 21st league win of the season, but could not find a way through and had to settle for a first draw in their opening 25 games.

Barcelona’s 3-1 win at Granada on Saturday has moved them to within two points of the leaders, but Ancelotti was quick to play down suggestions that his players are beginning to feel the heat as the business end of the season approaches.

He said: “The game didn’t turn out well but it wasn’t a physical problem. Villarreal are very well organised, have a clear plan and always play a quality game. We created a lot of openings but we were unlucky.

“It wasn’t a case of being anxious. We had a lot of chances and (Villarreal’s Sergio) Asenjo made good saves. We were unlucky in our finishing. We had 24 shots and only seven on target.”

Ancelotti has urged his players to return to winning ways when they travel to the San Mames Stadium to face Athletic Bilbao on Saturday.

He added: “We have dropped two points, but La Liga will be decided in the final match.

“We have to focus on the two-point lead we have got, which isn’t much, but is a lead we must make the most of. Now we have to carry on and in the next game, which will be difficult, try to produce a good reaction.”