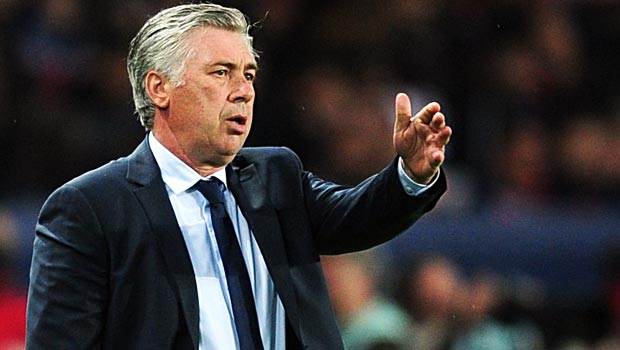 Carlo Ancelotti admits he is desperate to land a 10th European crown for Real Madrid ahead of the Champions League final against city rivals Atletico Madrid.

Ancelotti, who has confirmed he expects both Gareth Bale and Cristiano Ronaldo to be fit for the showpiece clash in Lisbon, is keen to make history by securing a 10th title for Real in Europe’s top competition.

“Winning it will be a great achievement for the club; I like the idea of having the chance to make history at this prestigious club by winning it,” Ancelotti told the club’s official website.

“The Champions League has given me a lot personally; this is the seventh final I’ve taken part in and I’ve won it four times. The chance to be the Real Madrid manager when the club wins its tenth title is a big motivation for me.”

Los Blancos beat Atletico twice in the Copa del Rey this season but failed to secure a win over their neighbours in La Liga, having lost at the Bernabeu and drawn at the Vicente Calderon.

Ancelotti, however, doesn’t think previous fixtures between the two sides will have an impact on the Champions League final later this month.

“From a tactical point of view this match will be very different,” he added. “We’ll have the possibility of being able to control the game if we keep possession.

“Our goal is to be efficient and play quickly. They have very dangerous men up front. There won’t be a lot of space so we’ll want to move the ball around quickly.”