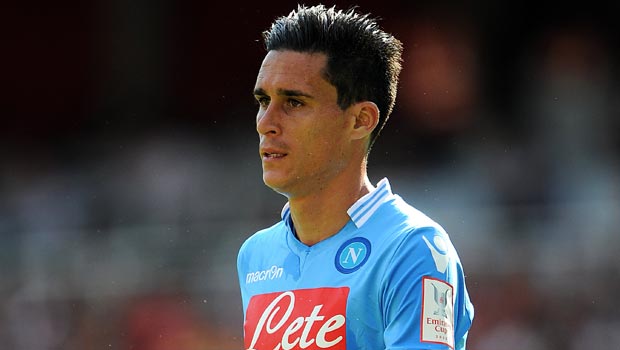 The former Liverpool boss is adamant that the winger will remain with the Serie A club despite continued speculation suggesting otherwise.

Callejon only joined Napoli last summer from Real Madrid and he scored
20 goals in his first season for the club as he linked up well with striker Gonzalo Higuain.

Reports in Italy suggested that Benitez removed Callejon from a training session on Sunday, but Benitez insists the pair have not fallen out.

Atletico Madrid ?s need for fresh faces has been heightened by the loss of Diego Costa, David Villa, Thibaut Courtois, Filipe Luis and Adrian Lopez, but Benitez has ruled out any sale.

He told reporters: “It was very simple, he was training without intensity, but there was no problem.

“I wanted to bring him here, he scored 20 goals and I would have liked to have seen him called up to the Spanish team.

“A team made us several large offers for him but we rejected them, we don’t want to sell him and there is no chance we will.”

Napoli improved under Benitez last season as they finished third behind Juventus and Roma in the race for the Scudetto title. They are currently 6.50 to win Serie A next season.