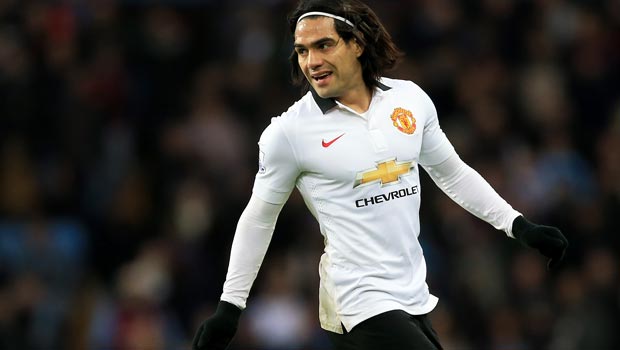 Radamel Falcao has hinted that he would be happy to stay at Manchester United but it remains to be seen if the club is willing to pay a huge fee for his services.

The 28-year-old is on a season-long loan at Old Trafford from Ligue 1 club Monaco and has bagged three goals from 11 Premier League appearances.

Injury has prevented the Colombia international from starting more games and he has yet to show the sort of form that marked him out as one of the best strikers in the world during his two-year spell in La Liga with Atletico Madrid.

The talented hitman scored 52 goals from 68 appearances for Los Rojiblancos before making a surprise move to the principality in 2013.

But the Theatre of Dreams seemed a more fitting setting for the South American and Falcao admits that he is content with life in the North West.

“My family are comfortable. We’re enjoying life in Manchester and here at the club,” he said. “The people have been great with me, with my family. We’re happy and very grateful.”

The former Porto ace will be 29 in February and has a history of injury problems over the past few years so United boss Louis van Gaal will wait until April before deciding whether to make a bid to take him on a permanent basis.

Figures in the region of £40m have been quoted for a permanent deal and, even in times of over-inflated transfer fees, that would seem excessive given the circumstances.

But if he impresses over the next three months, there is every chance that the Red Devils will dig deep to keep Falcao at the club, and he will have another chance to show his stuff when United host high-flying Southampton on Sunday.

Only one point and one place separate the teams in the standings and United can be backed at 1.76 to put further daylight between the clubs, with Saints on offer at 4.39.