Juventus urged to up their game 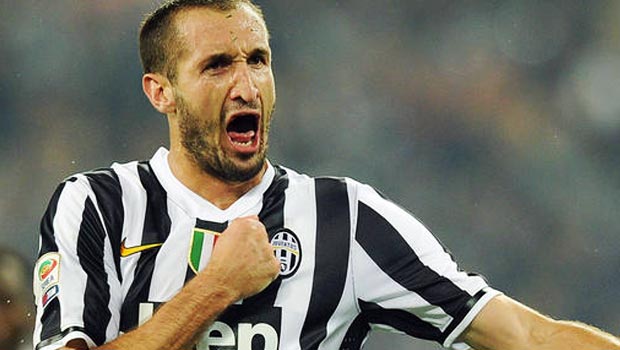 Defender Giorgio Chiellini admits Juventus must up their level if they are to hold off the threat of Roma in the title race after being held to a 1-1 draw by Inter on Tuesday.

The Old Lady went into the latest round of Serie A matches with a three-point lead over the capital club but that has now been cut to a solitary point after the Romans took care of Udinese 1-0 away from home.

Carlos Tevez gave Juve the perfect start against Inter with a goal on six minutes only for Argentina international Mauro Icardi to level affairs in the second period.

It looks set to be a two-horse race for this season’s Scudetto, with the Turin-based outfit looking for their fourth straight Italian top-flight title, as Lazio and Napoli are 10 points behind in third and fourth place respectively.

Next up for the Italian giants is a trip to Naples to face Rafael Benitez’s Napoli and Chiellini, while remaining confident, feels they will need to play better to bounce back on Sunday evening.

“We’re in good shape and deserved more for the way we performed in the first 60 minutes,” he said.

“We need to put certain mistakes right, take heed of the good things we produced and go and claim all three points in Naples.”

Napoli, who can be backed at 2.82 to down Massimiliano Allegri’s side, have lost only once at home this term while Juve, who are on offer at 2.38 to claim the spoils, have already won six times on the road.

But Chiellini feels that ultimately it will be home form that determines whether the Bianconeri make it four in a row.

“We’ve got all it takes to win the league and are masters of our own destiny, but we can’t drop points as we’ve done in our last two home games,” he added.