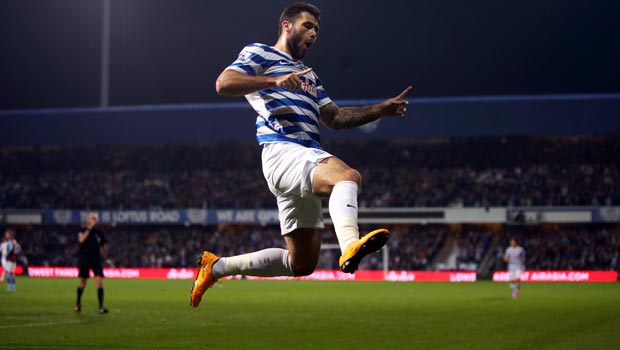 The striker scored both goals as QPR won 2-0 at Loftus Road to lift themselves off the bottom of the Premier League table.

Austin bagged a half volley in the first half after linking up with strike partner Bobby Zamora before steering in Eduardo Vargas’ cross after the break.

His double proved to be the difference for QPR as they picked up their second win of the season, ending a three-game losing streak.

And Hoops boss Redknapp is confident the former Swindon and Burnley striker can continue firing them to glory throughout the season.

“(They were) two great finishes for Charlie,” he told Sky Sports. “I couldn’t be more pleased, he is a smashing lad, (an) absolutely fantastic boy.

“He’s come out (of) the non-league scene, played down at Poole Town and Hungerford and God knows where he’s been around the lower divisions, and to be scoring goals in the Premier League is great for him.

“There’s no reason why he can’t go on and get a really good tally of goals this year.”

Redknapp also singled out Brazilian midfielder Sandro for praise after he completed a full match for the first time since his summer move from Tottenham Hotspur.

“That’s the first 90 minutes Sandro has played. That performance tonight is what I expect of him,” Redknapp added.

“That’s why I signed him. You can see the difference he makes and Karl Henry alongside him was fantastic.”

QPR face a big ask in their search for back-to-back league wins on Saturday as they travel to leaders Chelsea, who remain unbeaten after nine games.