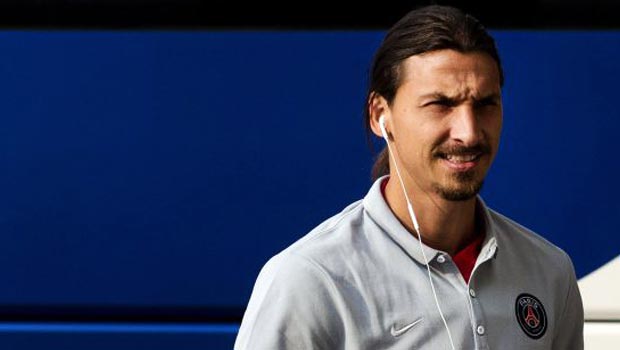 Paris Saint-Germain are hoping to declare Zlatan Ibrahimovic fit for the Champions League clash with Barcelona on Tuesday.

The talismanic striker has missed PSG’s last two matches with a heel injury and he is by no means certain to return against his former club at the Parc des Princes.

PSG coach Laurent Blanc, under pressure after the French champions were held to a 1-1 draw by Toulouse on Saturday, is desperate for the Swedish striker to return – particularly as the Parisians are definitely without Ezequiel Lavezzi (hamstring).

“We have some hope of getting him back for Barcelona,” said Blanc.

However, Thiago Silva is still out with a hamstring injury that he picked up in a pre-season friendly.

“We are following the evolution of his [Silva] injury on a daily basis but he is not ready,” added Blanc. “His injury is evolving positively but slowly. We have no exact date for his return.”

Before his injury, Ibrahimovic had scored seven goals in as many appearances this season, and PSG will be desperate to have him back to face his former employers.

Barcelona coach Luis Enrique has recalled Martin Montoya to the matchday squad to replace Brazilian defender Douglas who has sustained a knock, but he is preparing his men to face Ibrahimovic.

“If he [Ibrahimovic] is injured he’s a very important loss to the team,” said Luis Enrique. “I think they are a team that is going to come at us thinking they can get a result.”

PSG have made an unbeaten start to the Ligue 1 campaign but five of their eight matches have ended in draws, while their opening Champions League fixture against Ajax finished 1-1.

Barcelona were unimpressive in defeating APOEL 1-0 at home on matchday one, but the Catalan giants are yet to concede a goal in any competition this season and have taken 16 points from six matches in the league.

Luis Enrique’s men are 2.09 to come away from Paris with a victory on Tuesday night while PSG are 3.36 in the 1X2 betting.

The draw is available to back at 3.40 while the 1-1 scoreline that these two clubs played out the last time they met is 6.50 in the Correct Score market.