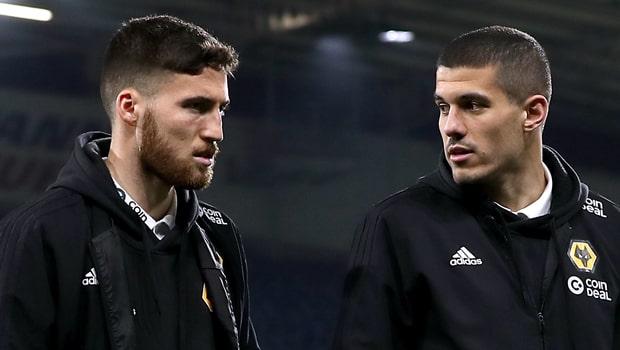 Conor Coady says he is looking forward to being back at Molineux on Saturday after three away games on the bounce.

Wolves have been on the road to Bristol, Bournemouth and Huddersfield but are finally back home on Saturday when they face relegation threatened Cardiff City.

Coady has missed his home stadium in the three weeks since they last played there. He told the club’s official website: “You feel the history when you go in.

We’ve not played there for a few weeks and you miss it, I’ll be honest. You miss playing at home, you miss the buzz of your own supporters being behind you.”

Wolves go into the weekend’s game off the back of a defeat, at bottom-of-the-table Huddersfield, but they are still seventh in the table in their first season back in the top flight and Coady pays tribute to manager Nuno Espirito Santo as the architect of their success.

“Since he’s come in, he’s taken the club in a totally different direction. Him and all his staff have been remarkable in terms of how they’ve got us playing, the identity they’ve brought to the club,” he added.

While Wolves are in the comfort of the top half of the table, Cardiff, who were also promoted last season, are in trouble at the bottom.

Neil Warnock’s side are third bottom, two points from safety after they lost to Everton and Southampton beat Fulham in midweek.