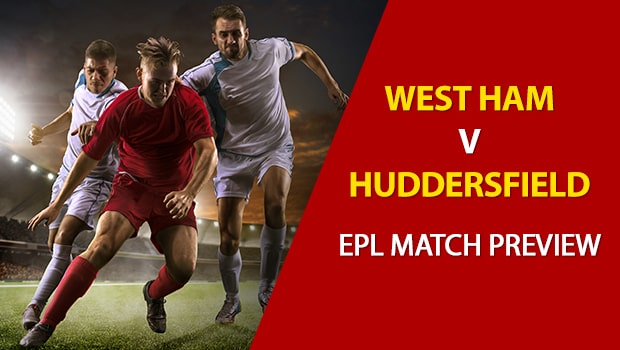 London Stadium is the venue as West Ham and Huddersfield Town match up in Premier League action. West Ham will look to get back on track with an opponent they’re relatively more talented than.

Draw: There’s a 24.5 percent chance the match ends in a draw. There’s a draw in 28 percent of AccuScore sims, suggesting some added side value on the draw.

Clean Sheet: At home, West Ham are unbeaten in five Premier League matches this season, with 2 clean sheets recorded. Their back line hasn’t been all that great on the road, but have been above-par at home.

Struggling to Attack: Huddersfield Town have just 15 league goals this season, scoring just twice in their last nine fixtures. They haven’t scored on the road in their last five away matches.

Steve Mounie is projected to lead Huddersfield Town with a 22 percent chance to score. He averages 2.3 shots overall per sim, 1.05 shots on goal per and 0.25 goals per sim.

Javier Hernández has a 32 percent chance to score for West Ham. He averages 1.13 shots overall per sim, 0.63 shots on goal per and 0.38 goals per sim.

There’s a 53 percent the total combined score stays under 2.5 goals. The under hits in close to 60 percent of AccuScore sims, suggesting some value on this pick. The under is a 4-star (out of four) AccuScore hot trend pick.