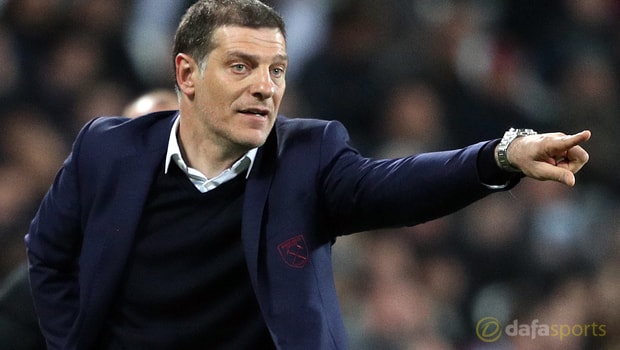 West Ham boss Slaven Bilic has warned Joe Hart – and his other summer buys – that there are no guarantees of a starting spot in his side next season.

Hart joined the Hammers on a season-long loan deal from Manchester City after falling out of favour under Pep Guardiola at the Etihad Stadium.

The loan move could be turned into a permanent deal if the England keeper impresses in London, but Bilic has warned Hart he will have to fight for a place in the starting XI.

Adrian and Darren Randolph battled for a place in goal last season and one of the two stoppers is expected to be sold following Hart’s arrival.

However, Bilic is confident none of his players will settle for a fringe role and he feels competition for places is vital if his team are to improve next term.

“I said a few days ago that we wanted to sign players who are going to improve our starting eleven,”

Bilic told the Evening Standard. “But that doesn’t mean that they walk straight into the team.

“It means that they improve the level of competition for those places. That competition is crucial.”

“Once we found out there was a possibility that Joe might be available, everyone agreed that it was a fantastic opportunity for us as a club,” he added.

“He is the England number one, he has great experience but, at 30-years-old, he is still in his prime as a goalkeeper and can be at the top of his game in the next few years.”

West Ham begin the new season with a trip to Manchester United and they are 9.00 to take all three points. The Hammers are 15.00 to secure a Premier League top six finish.