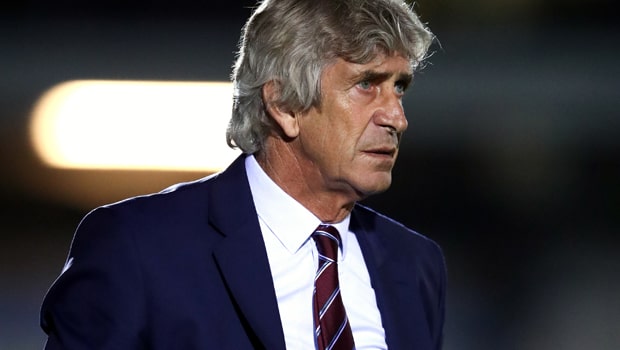 West Ham vice-chairman Karren Brady says she has complete faith in manager Manuel Pellegrini despite a poor start to the season.

Brady has issued a rallying call for everyone involved at the Hammers to get behind the former Manchester City boss.

West Ham have lost their opening four matches and sit bottom of the Premier League.

The club spent £100m on 10 new arrivals during the summer transfer window and Brady is urging patience.

“Having decided we did not want to go through another season like the last one, the board took action,” Brady said.

“We appointed a manager with the most successful career we have ever had in Manuel Pellegrini and spent over £100m on players he wanted that we all thought would improve the team considerably.

“It hasn’t happened yet but I have complete faith that things will soon start to turn our way. The most important thing is to stick together.”

Things aren’t about to get any easier for Pellegrini, who has been home to his native Chile during the international break after West Ham sanctioned a break.

A trip to Everton this Sunday will be followed by back-to-back home matches against Chelsea and Manchester United. Brady says there won’t be any knee-jerk reactions from the Hammers board.

“It takes time for a new team to gel, but gel they will and anyway targeting the manager or certain players will help no-one,” she added.

“As a club, we will stand by them all, confident that they have the makings of an excellent side.”

West Ham are 4.00 to win away at Everton on Sunday. The Toffees are 1.95 while the draw is 3.50 for the Goodison Park showdown.