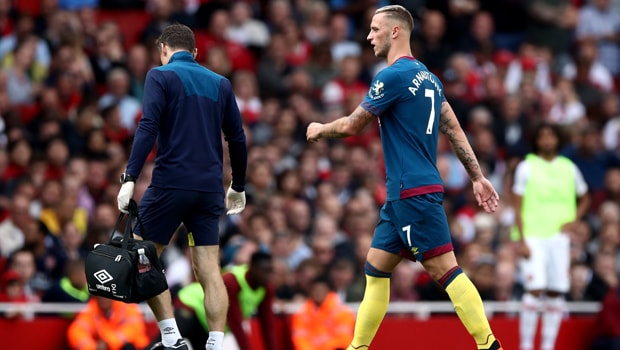 West Ham manager Manuel Pellegrini says Marko Arnautovic will be available for Saturday’s clash with Wolves, despite hobbling out of their defeat to Arsenal.

The Austrian ended last season as West Ham’s most influential player after being trusted to play through the middle.

He has started this campaign in similar form but his team-mates haven’t been able to reach the same standards.

West Ham, who are priced at 5.00 to be relegated, head into their fourth Premier League game of the season on Saturday at home to Wolves without a single point to their name.

Defeats against Liverpool, Bournemouth and Arsenal have left them at the bottom of the table and with plenty of work to do.

Arnautovic, who already boasts two goals this term, limped out of their most recent loss to Arsenal at the Emirates and he was understood to be a doubt for the meeting with Wolves.

However, Pellegrini has confirmed that the former Stoke man has come through assessments with the club’s medical team and will be available.

Pellegrini said: “Marko had a small problem behind his knee in the last game.

“In the last game (against Arsenal) he was not comfortable to play the final minutes, but he has had all the examinations with the doctor and worked the whole week.”

Pellegrini has also played down suggestions that he is already under a huge amount of pressure after getting plenty of financial backing over the summer.

“If we started this season by winning three games, the pressure would be exactly the same for the next game,” He added.

“The pressure from the media can increase when you have no points but for me, the pressure is always the same.”