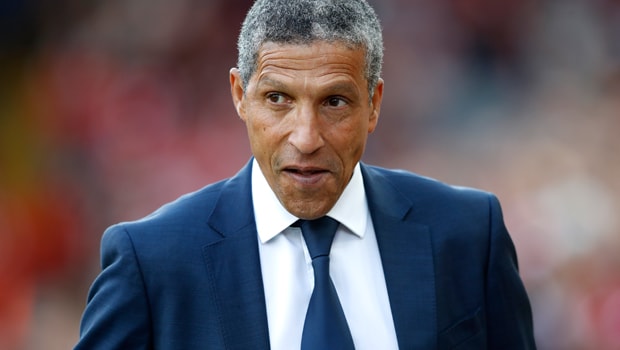 Brighton manager Chris Hughton has called on his squad to pick up three points before they head off for the international break.

The Seagulls have made an inconsistent start to 2018-19 with two defeats and one victory from their opening three outings in the league.

Their only victory came on home soil against Manchester United and Hughton is hoping they can seal a second win at the Amex this weekend.

Newly-promoted Fulham, who claimed their first win of the term last time out against Burnley, make the trip to the south coast.

Hughton has stressed the importance of putting in a positive performance ahead of the international break to ensure spirits are high over the next few weeks.

“There’s pressure on all games, but going into the international break when you won’t be playing for a couple of weeks there is always a better feel knowing that you’re on the back of a good result,” Hughton said.

The Cottagers spent over £100million during the summer to reinforce their squad for life in the top flight and Hughton acknowledges they will make life difficult.

He added: “They (Fulham) are a side that spent big in the summer, I think they’ve recruited really well.

“I would have to say most, if not all, of the players we knew. They’ve brought in very good players.”

Brighton are priced at 2.25 to seal all three points on Saturday when they host Fulham, who are 3.25 to win, while the draw can be backed at 3.40.