Hammers post a shot at redemption for David Moyes 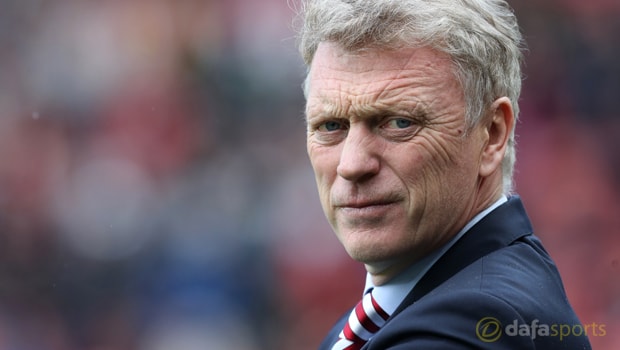 David Moyes is aware he has a “point to prove” after taking charge of Premier League strugglers West Ham.

The Scot was appointed following the dismissal of Slaven Bilic on Monday and Moyes knows he needs to rebuild his reputation after overseeing Sunderland’s relegation to the Championship last season.

“Do I have a point to prove? Yes, I think I do,” Moyes told the club website.

“I’ve managed five clubs since starting out nearly 20 years ago, starting at Preston and then going to Everton.

My period at Manchester United is well documented and I then did something I have always wanted to do by experiencing management abroad, with Real Sociedad.

“It’s only been the last job where I feel it wasn’t a good move and I didn’t enjoy the experience. So I’m hungry to make sure I get things right now.

“The focus here is purely between now and the end of the season. The first thing is to win the next game and build from there, and I’m sure we will be in a much stronger position before long.”

West Ham are currently in the relegation zone but Moyes is convinced there is enough quality in the squad to avoid the drop.

The Hammers are not in action until November 19, when they head to Watford, due to the international break and Moyes says having nearly two weeks to get to know his squad and prepare for the trip to Vicarage Road is a welcome bonus.

“It gives me a chance to get settled in and get to know how things work,” he added.

“I think we’ve got a good squad. At the moment they should be in a better position than they are, and I believe they will be come the end of the season.”