Will Hughes excited for Premier test 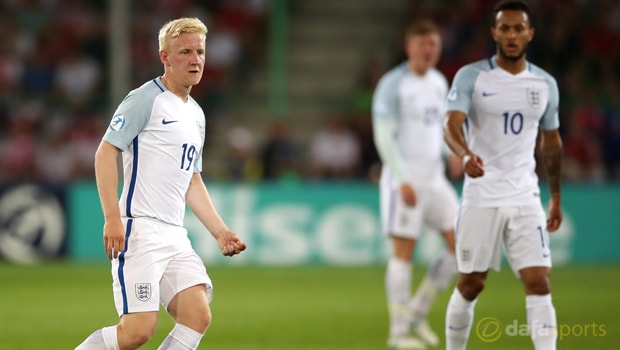 Midfielder Will Hughes says he is relieved his switch to Watford has finally gone through and he is now looking forward to showcasing his skills in the Premier League.

Hughes completed his move from Derby County to Watford on Saturday for an undisclosed fee and the midfielder put pen-to-paper on a five-year contract, becoming manager Marco Silva’s first summer signing.

The 22-year-old already has a wealth of experience, having played over 160 league games for the Rams, and he will be hoping to make a real impact in his debut Premier League season.

He is currently involved with England’s Under-21 squad at the 2017 European Championships in Poland and the midfielder could feature in the semi-final against Germany on Tuesday.

The Hornets will be hoping for a much better season this time round after finishing a disappointing 17th place, just six points above the relegation zone, but they are still a short price at 2.63 to drop down to the Championship.

Hughes could provide that creative outlet Watford missed at times in the previous campaign and he can’t wait for the new top flight season to get underway.

“Every English player wants to play in the Premier League,” he told the club’s official website.

“Having played in the Championship for so long I gave it a good go to get promoted, but the chance to join a Premier League team was too hard to turn down.

“I’m massively excited, it’s a new chapter in my life and I can’t wait to get started.”

Huddersfield Town are the 1.57 favourites to get relegated next season whilst Brighton, who came second in the Championship last term, and Burnley are both priced at 2.25.