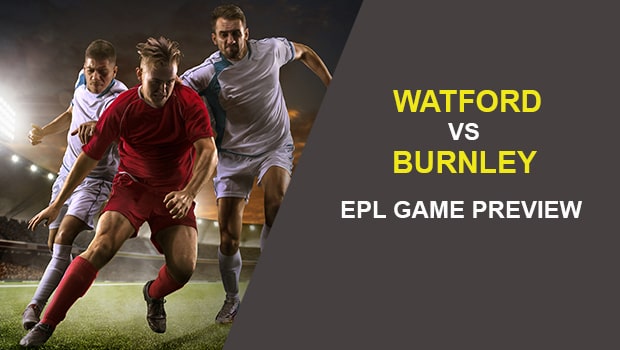 Watford clashes with Burnley on Saturday in a game with huge Premier League relegation implications. Watford is coming off a 5-1 road loss against Manchester City on April 23 while Burnley beat Wolverhampton Wanderers 1-0 at home on April 24. Watford is in 19th place in the Premier League standings with 22 points in 33 games while Burnley is in 17th place with 31 points in 33 games.

Last 5: Watford, coming off a 5-1 road loss against Manchester City on April 23, have 4 losses, 1 win and 0 draws in their last 5 Premier League games.

Burnley, coming off a 1-0 home win against Wolverhampton Wanderers on April 24, have 3 wins, 1 loss and 1 draw in their last 5 Premier League games.

Momentum: Watford has been on a downward trend — with 4 straight losses in the Premier League.

Head-to-Head: These two sides last matched up in Premier League action on February 5, 2022 and the game ended in a 0-0 draw.

Three-star (out of four) AccuScore hot trend pick on the total in this one. Average score in simulations is Watford 1.19 to Burnley 1.01.